University of Oxford, the Institute Pasteur
in Paris, Stanford University, CSIC (Spanish National Research Council), are
some of the eighteen international universities and research centres which will
collaborate in the first worldwide open access Microbiology course online via Twitter.
A total of twenty-one professors and researchers will use this social network
as a tool for teaching and communicate scientific knowledge. With a frequency
of three classes per week, each lesson will address a different topic. For
instance, Marta Cortesao, from the German Aerospace Center-DLR will talk about
space microbiology, or Jorge García-Lara, from University of Central Lancashire
(UK) about the microbial path to cancer. Vaccines and antivax, antimicrobial
resistance, gut microbiota, pathogens or microbiological warfare are also some
of the topics that will be discussed during the course.

Using simple and concise language, the
objective is communicate science to a general audience outside the academic environments
using a social network as Twitter. Lectures will consist in 30-40 tweet-size
statements with associated links, related web pages, blogs, news and specially
images and videos.

The course will take place over seven weeks
(from October 2 to November 15) with classes scheduled every Tuesday, Wednesday
and Thursday at 17:00 (UCT/GMT +2). Tweets will be sent from the
@SEMicrobiologia Twitter account and will be programmed to be posted at a frequency
of one tweet per minute. It is not necessary a previous registration to the
course. Students can easily follow this massive online open course through their
mobile devices or computer either alive at the scheduled time or later, always
searching the hashtag #EUROmicroMOOC. The same hashtag will be used by the
students to interact with the lecturers. All the classes will be in English and
they will be compiled and stored online using the open tool Wakelet. 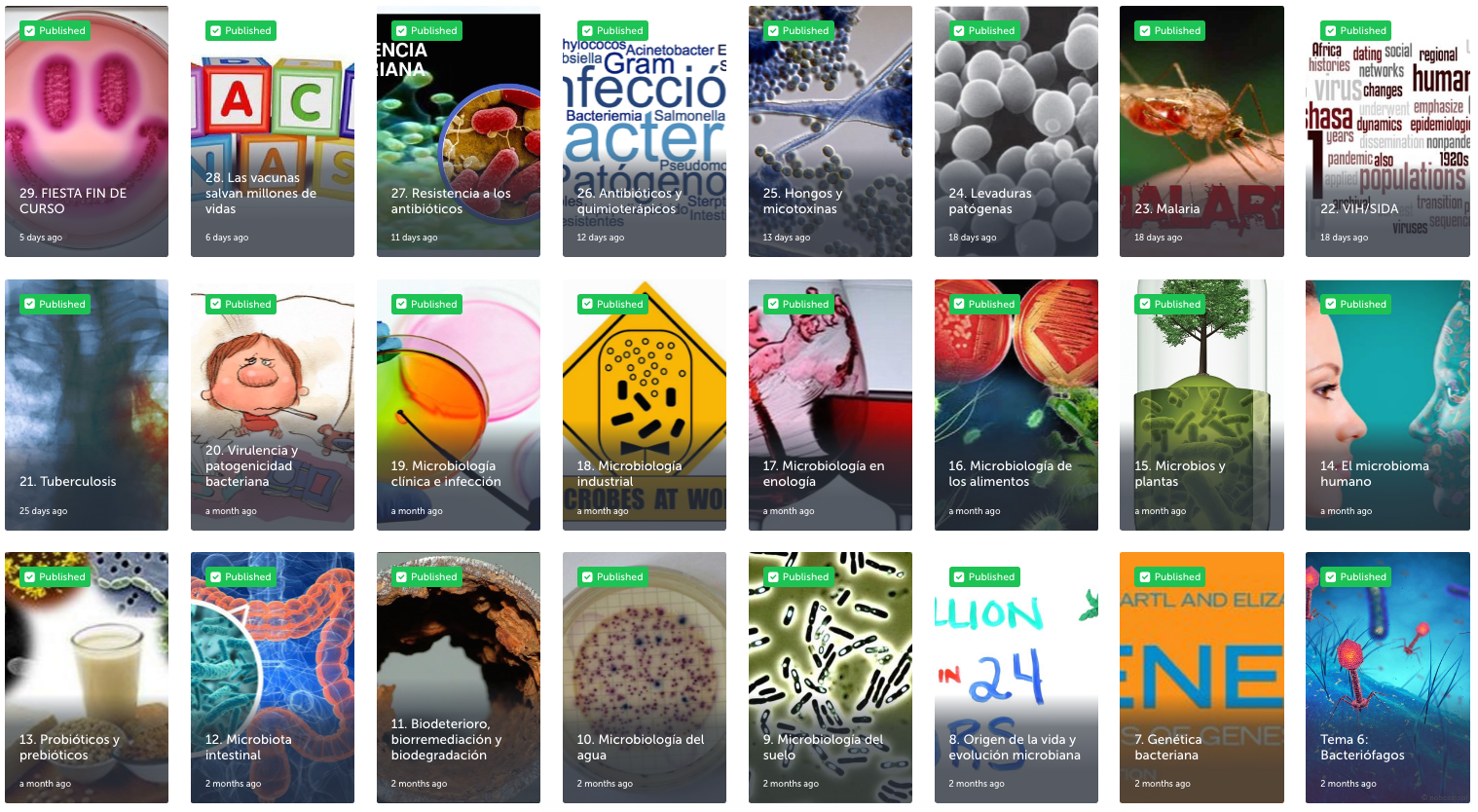 This initiative is organized and
coordinated by the group of Teaching and Dissemination of Microbiology of the
Spanish Society for Microbiology (SEM) with the collaboration of the Federation of European Microbiology Societies (FEMS).

10 reasons why you can´t miss #EUROmicroMOOC

2.
An international course with
the participation of twenty-one professors and researchers from nine different
countries.

3.
With the collaboration of
eighteen universities and research centres, as the Institute Pasteur, the Spanish
National Research Council, or the Universities of Oxford, Stanford, Salamanca,
Navarra, …

4.
It is organized and coordinated
by the group of Teaching and Dissemination of Microbiology of the Spanish
Society for Microbiology (SEM), with the collaboration of the Federation of
European Microbiology Societies (FEMS).

6.
Its purpose is to communicate Science
and Microbiology to a general audience outside the academic environments using
social networks.

8.
Entertaining but scientifically
rigorous: only 30-40 minutes each day, three days per week during seven weeks.